How to adjust the laser beam path

How to install new laser tube 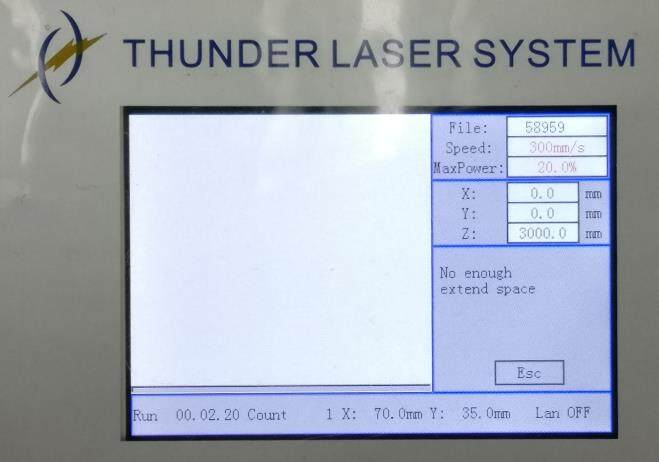 This problem only appears on engraving mode, it’s caused by the buffer distance is out of bound.
For example, if you want to engrave a picture of 200×200mm, you move the laser head to the top left corner of the working table and press the “Origin” to set the starting point.
When you press the “Start” button to start engraving, the failure warning would appear.
How to fix this problem?
Press ESC at first, and then move laser head to right distance to leave enough buffer distance.
Now set a new starting point by pressing the “origin”, you will find the problem was fixed when you run the job again.
Why this happen?
When the machine is engraving in high speed, the actual moving distance of the motor is usually large than the graphic.
Therefore, we need to keep enough buffer distance on the two sides of the graphic.
The buffer distance will be longer as long as you set faster speed, so we need to keep more buffer distance when the speed is higher. 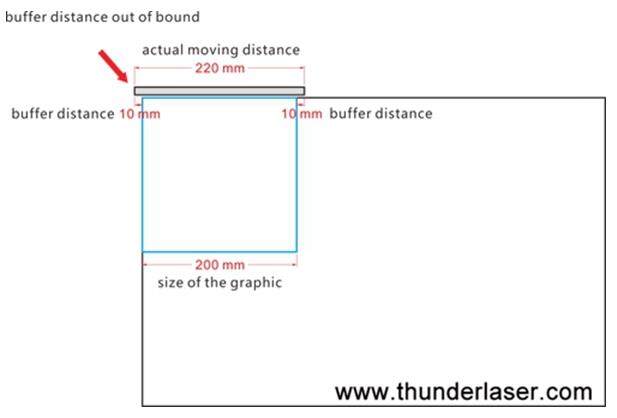 (Buffer distance out of working table) 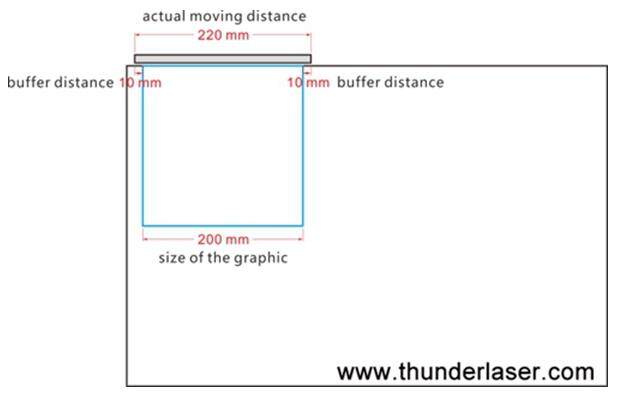 (Buffer distance within the working table)

Next: Alarm message of LCD panel—Frame/X/Y Slop over